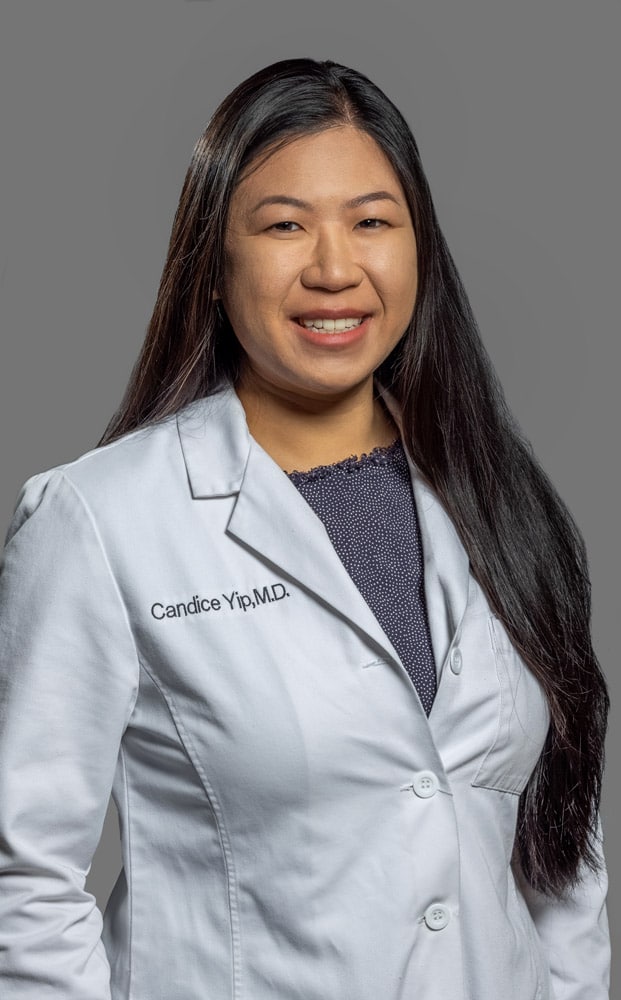 Candice Yip, M.D., is a general ENT surgeon who treats patients of all ages with a wide array of diseases such as sinusitis, allergies, deviated septum, enlarged tonsils and voice disorders. She performs salivary gland and thyroid surgery as well as sleep apnea surgery with the Inspire hypoglossal nerve stimulator. Dr. Yip attended the University of Michigan at Ann Arbor where she graduated with high distinction and was elected into the national Phi Beta Kappa honor society. She graduated from medical school at the State University of New York—Downstate Medical Center and was accepted into the Alpha Omega Alpha Medical Honor Society. During her otolaryngology residency at Rutgers University, she received an extensive and well-rounded training in all ENT disorders. Originally from New York City, Dr. Yip left the cold winters behind for the sunshine. She is a native English speaker, learned Spanish as a second language and is now working on her Chinese. Aside from medicine, she likes to cook, play strategy board games and travel the world.